The Star-Orion South Project lies near the northeastern edge of the Phanerozoic Interior Platform, which extends from the Rocky Mountains in the west, to the Precambrian Canadian Shield in the northeast. The Interior Platform sediments exceed 600 m in thickness. The unmetamorphosed sedimentary rocks of the Interior Platform unconformably overlie metamorphosed basement rocks. These Proterozoic basement rocks have been interpreted to form part of the Glennie Domain which has been tectonically emplaced overlying the Archean Sask Craton. In the Star and Orion South area, the Precambrian is estimated to be at a depth of 730 m.

Each phase has distinct physical and chemical properties that enable their mapping and stratigraphic correlation in three dimensions within each kimberlite. It is important to note, however, that two stratigraphically equivalent kimberlite packages (e.g. Pense Kimberlite on Star and Orion South) do not share a genetic relationship and each has unique diamond grade and carat value characteristics. Some of the stratigraphically equivalent kimberlite units (e.g. EJF on Star and Orion South) do, however, have similarities in mineral constituents, mantle signatures, chemistry and diamond distribution that suggest a genetic relationship.

Within the Orion South Kimberlite, the phases have cross-cutting relationships near conduits, but are stacked vertically within the volcanic edifice and crater / extra-crater deposits. Several conduits, feeding different units, have been identified on Orion South. 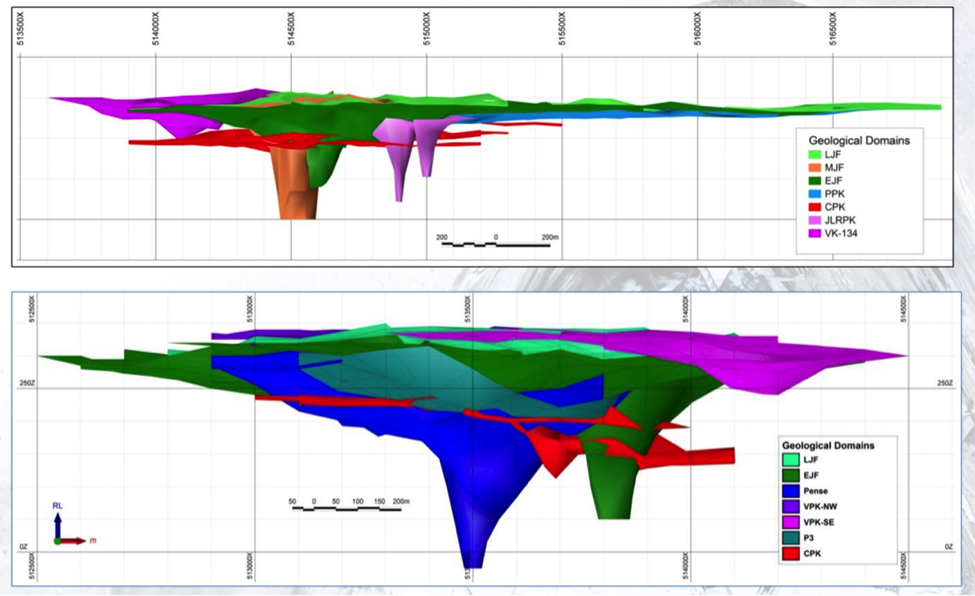